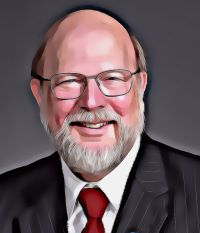 I was proud to vote for pro-life and pro-Second Amendment bills, which represented both the district values and my values. However, I also know that misinformation was spread about my positions and the bills I voted on. This page is to address that misinformation by offering facts about my votes on the House floor. For every bill, I used facts and evidence to the best of my ability to evaluate the bill.

As representative for House District 11 I voted YES on the following:

Those bills show my focus on pro-life, pro-Second Amendment, and pro-Parental Rights, pro-free speech. But I also evaluate bills and have notes on all of the bills I have voted for, and many that never came up for a vote. Below are several bills (HB2336, HB2339, and SB614) that I voted against, and my reasoning. Please feel free to contact me if you have additional thoughts or questions.

HB2336 – While this bill was touted as a teacher protection bill, teachers have been allowed, since 2015, allowed to carry a concealed weapon if their school board approved and the teacher had gone through at least the same weapons training. This included annual continuing training similar to what armed private security guards need. Schools in Oklahoma already were, and are, having teachers with appropriate training carry weapons in the classroom.

The version of the bill that we voted on in the House (House version available here) lowered the requirement for teachers to carry a concealed weapon in the classroom to just that of a handgun license, which is very little initial training compared to the needed by private security guards. Furthermore, there were no annual certification or training requirements as there were for security guards. I had phone calls from concerned parents about this bill and, as the author was not offering to improve the bill prior to the Senate taking up the bill, I voted against it.

The House version of the bill did not get a hearing in a Senate committee. Instead, almost a year later, the Senate author amended the bill, requiring that in addition to a valid handgun license, teachers have “demonstrated proficiency in handgun training and campus-specific active shooter training as determined by the appropriate law enforcement agency having jurisdiction in that school district,” and that the local law enforcement agency having jurisdiction in a school district require annual training for staff authorized to carry. That version passed the Senate (Senate version available here).

The Senate version was an effective rewrite of the bill and I was waiting for it to come to the floor so I could vote for it. Unfortunately, because procedures put in place for the pandemic reduced the number of bills we could hear, this bill was not brought up in House and so died.

I heard directly from a constituent who was told that I voted to allow schools to vaccinate children without parental consent. There was no such bill. As a parents’ rights advocate, I would have voted against any such a bill.

So, what were they talking about? I assumed must have been HB2339, a bill that would have required parents to inform schools under certain circumstances when and where their child is vaccinated.

HB2339 was touted as a bill requiring parental consent to receive a vaccination on school grounds. But it really was a bill that would increase wasteful government regulation, make parents disclose private health information to schools, and have the effect of making it harder for parents who want their children vaccinated to receive the vaccines.

But here is the situation as it exists now.

A right reserved to the parents as part of the Parents Bill of Rights is "The right to make healthcare decisions for the minor child..." (25 Oklahoma Statute. § 2002(A)(5)).

A parent MUST authorize any vaccine given to a child. If a child is not vaccinated and the parent does not submit an exemption to the school, the parent must take the child to a local health care provider or to the county health department, but most parents would just submit an exemption to the school. The health department does not travel to schools to give vaccinations. That has been the practice for years and that has not changed.

Could schools give vaccines? No. Schools are not health care providers, so there is no way a school could order, much less administer, vaccines. There was no bill in the 57th legislature that would have changed that status quo. Schools must have written parental or guardian authorization to administer any medication, whether non-prescription or prescription, to a child. Schools must even have written parental or guardian authorization to assist a child with applying sunscreen.

So, how does that connect to HB 2339? It would have created more bloated government bureaucracy and more forms for parents to fill out. HB 2339 (HB2339 text here) would have required, in the unlikely event that the health department or other provider administered vaccines on school grounds, that not only would the student need the informed consent form that the parent filled out for the vaccination, but the school would also have to have a permission form from the parent. Here, the parent must proactively inform the school they are seeking health care for their child – or choose not to receive that health care. A parent having to make that choice – tell the school when and where they are seeking health care for their child or choosing not to seek health care, is wrong. Parents may choose to have their child vaccinated or not. But adding bureaucratic obstacles for parents who want vaccines is also wrong.

SB614 addressed medication-induced abortion, which is only for early-term pregnancies and is usually induced through two medications, mifepristone followed by misoprostol hours or days later. SB614 (text here) purported to offer women who had opted for a medication-induced abortion a way to possibly reverse the abortion if they had regrets before they took the second medication. It required clinics that performed abortions to inform women that they abortion could possibly be reversed, and to provide information directing the women to a non-Oklahoma private organization for help.

As I looked into the bill, not only using the information provided by the organization supporting the bill, but also into the literature, I found several issues. The first is that there had been no peer-reviewed research that I could find that supported the proposal. Instead, it was based on the testimonial of outside organization, the records of which were not open for inspection, and on expert witnesses. While expert witnesses are valuable, and I have been an expert witness, an expert witness alone is not the final say as they are often refuted. (Television and movies have provided an exaggerated sense of the effect of expert witnesses.)

That gave rise to several questions that I could not answer. How well would this procedure to reverse a medication induced abortion work? There was not enough valid evidence to make a decision. Would this encourage pregnant women who were still struggling with the idea of an abortion to make the decision to go ahead with the abortion because they believed it could be reversed! That thought is appalling. Would this bill deceive women into going ahead with an abortion? I saw that as a potential significant harm and there was no information to answer that.

We also have the challenge that the bill required medical professionals to tout as fact an assertion that did not have evidence that rose to the standard used in the profession. I saw that as a First Amendment violation.

I know that many of you received text messages stating the falsehood that I voted for my own pay raise. The people who sent those texts were lying to you. Oklahoma Constitution Article 5 Section §21(B) is clear that legislative pay is set by the Board on Legislative Compensation and is not voted on by the legislature.

And, for a view of how outside money influences misinformation, see  Super PACs tied to Broken Arrow organization failed to report primary election spending to Ethics Commission.